The articles on this page mostly started out as blog posts, but outgrew their medium. Their common subject is The Future! — what’s coming and what we might want to do about it.

Formerly, this page also contained some articles about science which were not future-oriented. As this part of my site has expanded, those articles have now been relocated to a new page: Paul Tries to Understand Science. Topics relocated there include cosmic inflation, the rarity of intelligent life in the universe, and the nature of humor.

For my compendium of articles about modern rockets and commercial spaceflight, go to Commercial Rockets.

Progress — a critique of the common idea that scientific and technical progress is an ever-increasing exponential curve.

Artificial Intelligence — What’s Coming looks at the prospects for machines becoming as smart as people.

Automation Is Going To Take Our Jobs is a sequel to the AI article, about the difficulties we’ll face when our machines become capable enough to render large numbers of human beings unemployable.

The Obsolescence of Labor is the conclusion to the AI trilogy, in which we ask: what does artificial intelligence have to do with the election of the worst possible president?

Organics Meet Robotics looks at a more positive side of automation: how it could make pesticides obsolete and improve the quality of our food.

Genetic Engineering: Why I Marched Against Monstanto. Speaking of pesticides, what sort of risks do we face from the commercial use of genetically modified organisms?

Global Warming — What Do We Do? If we’re going to have all this future to worry about, we’d better not ruin the one planet we’ve got. Here are some possible paths to minimizing the damage.

Will There Ever Be a Material to Replace Steel? We’d like to imagine that the future will be full of super materials that go way beyond the capabilities of steel, but that may not be the case.

Reactionless Drive is a subject that’s perhaps getting taken a bit more seriously lately than it should be. Is it possible for advanced science to violate conservation of momentum and produce a space vessel that moves itself forward without rocket exhaust? 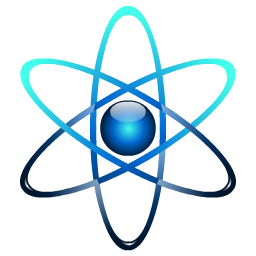 over to Paul Tries to Understand Science

over to Commercial Rockets